skip to main | skip to sidebar

Can suss in Kansas

Crossing into Kansas I became apprehensive; having seen the Wizard of Oz several times I knew there was danger in this state.

After crossing the Red Hills I dodged Dodge City, as I've also seen Tombstone; I know Wyatt Earp's supposed to have cleaned it up, but you never know!

I reached the Smoky River for lunch, and had some delicious smoked red hot chili peppers under the bridge; I'd earlier picked them in the Red Hills.

I made my way into the Smoky Hills afterwards, and was going to head west, but after seeing a twister approaching in the distance I sussed out that I should head east.

So I changed direction, and an hour later I saw the tornado pass to the east.

The hills were beautiful, and I slept well knowing I'd escaped danger and been able to see some beautiful scenery.
Posted by Marc Latham at 8:40 AM

I live in Kansas and I agree that the tornados can be daunting. It is pretty here in it's own way.

Hi, thanks for visiting, sorry it has been so long!

I hope you're keeping safe, and I'm sure Kansas has a lot to offer. 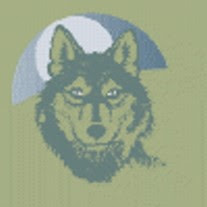 An artist's impression of the greenygrey 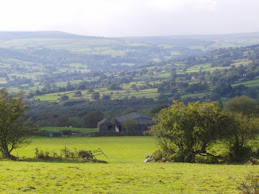